THOMAS & SPRINGBERG has been helping truly injured persons obtain fair legal compensation for over 35 years. Founded in 1983, our firm has handled personal injury cases with the highest level of integrity. At THOMAS & SPRINGBERG we make sure that each cases is handled by a high quality attorney, — not a legal assistants.

We area a personal injury law firm. We have successfully handled cases involving the following areas:

Las Vegas is a world renowned tourist destination. Each year our city sees hundreds of thousands of tourists. Approximately 10% of our cases involve out of state residents who were injured in Las Vegas while visiting here.

We have successfully handled scores of cases involving individuals injured or killed by the negligence of health care professionals. This includes failure or delay to diagnose cancer; failure of delay to diagnose heart attack; administration of improper medications; negligent surgeries; birth defects caused by inadequate or improper labor/delivery care.

We have handled many cases involving trip and fall incidents caused by faulty premises (such as failure to have handrails, inadequate lighting, cracks or hole in surfaces, tears in carpet, etc.); dog bite or other animal attack incidents (including attacks by wild animals kept as pets); and injuries caused by "sick buildings" with harmful molds/bacteria.

We have handled many cases involving Slip and Fall and Trip and Fall incidents caused by faulty premises (such as failure to have handrails, inadequate lighting, cracks or hole in surfaces, tears in carpet, etc.).

We handle cases regarding death and injuries resulting from accidental discharge of fire arms and failure to properly secure fire arms.

Our Team of Attorneys have been practicing in Nevada for over 35 years.

Andrew J. Thomas is a partner in the firm. He was born in Los Angeles, California.  Mr. Thomas received his undergraduate degree from Pomona College in 1980, and graduated from the University Southern California Law Center in 1983. He is admitted to practice law in Nevada.

Mr. Thomas is fluent in Spanish. His professional memberships include the Association of Trial Lawyers of America, and past president (2004) of The Nevada Justice Association (Board of Governors, 1993-present). Mr. Thomas is often asked to testify before the Nevada State Legislature on matters important to consumers and injured persons.

Mr. Thomas is a passed President of the Nevada Trial Lawyers Association and a former member of  the Board of Governors.

Laurence B. Springberg is a partner in the firm. He was born in Far Rockaway, New York on July 10, 1961 . Larry received his undergraduate degree from theUniversity of Arizona in 1984, and graduated from the University of Arizona College of Law in 1987. He has practiced law in Nevada since 1987 and is licensed in the United States District Court and all Nevada courts. His practice specialties include medical malpractice and personal injury.

Mr. Springberg has served on the Board of Governors of the Nevada Justice Association since 2005, and is currently the Secretary of the organization. He served on the State Bar of Nevada Consumer Protection Committee from 1998 to 2005. Mr Srpingberg has also been the moderator of The People’s Law School program of the Nevada Foundation for Consumer Education in Las Vegas since 2008. The program can be found here:

You are a student, want to be an intern with us?

Preparing undergraduate and graduate students to enter workforce by providing individual on-the-job as well as off-site training. While receiving training the intern will provide support to attorneys within a law firm,

LEAVE US A NOTE

Why Choose Our Firm

WE HAVE A 5 STAR RATING ON LAWYERS.COM

The Law Firm of THOMAS & SPRINGBERG has been helping truly injured persons obtain fair legal compensation since 1983 and have the highest rating possible from Martindale-Hubbell.

Having an attorney represent you as soon as possible can be a most critical step towards a favorable outcome or winning case. In many instances where there may be a legitimate lawsuit, at THOMAS & SPRINGBERG, we are willing to review your case at no cost

What Our Clients Say

We have a 5-Star Rating on Lawyers.com 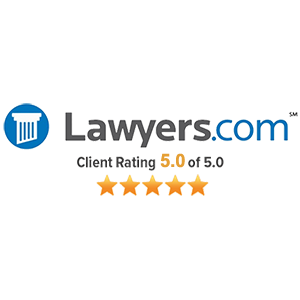 Mr. Springberg is one of the leading lawyers in the area of medical malpractice on the Plaintiff's side.
He exhibits the highest level of legal ability. He applies the law ethically and fairly. He is an outstanding attorney
Lawyers.com
- Judge

If you were involved in an accident or hurt through neglect or malpractice, you may be entitled to receive fair compensation for any injuries, property damage, lost wages and more. The Law Firm of THOMAS & SPRINGBERG can save you time and ensure you receive the most you’re entitled to.